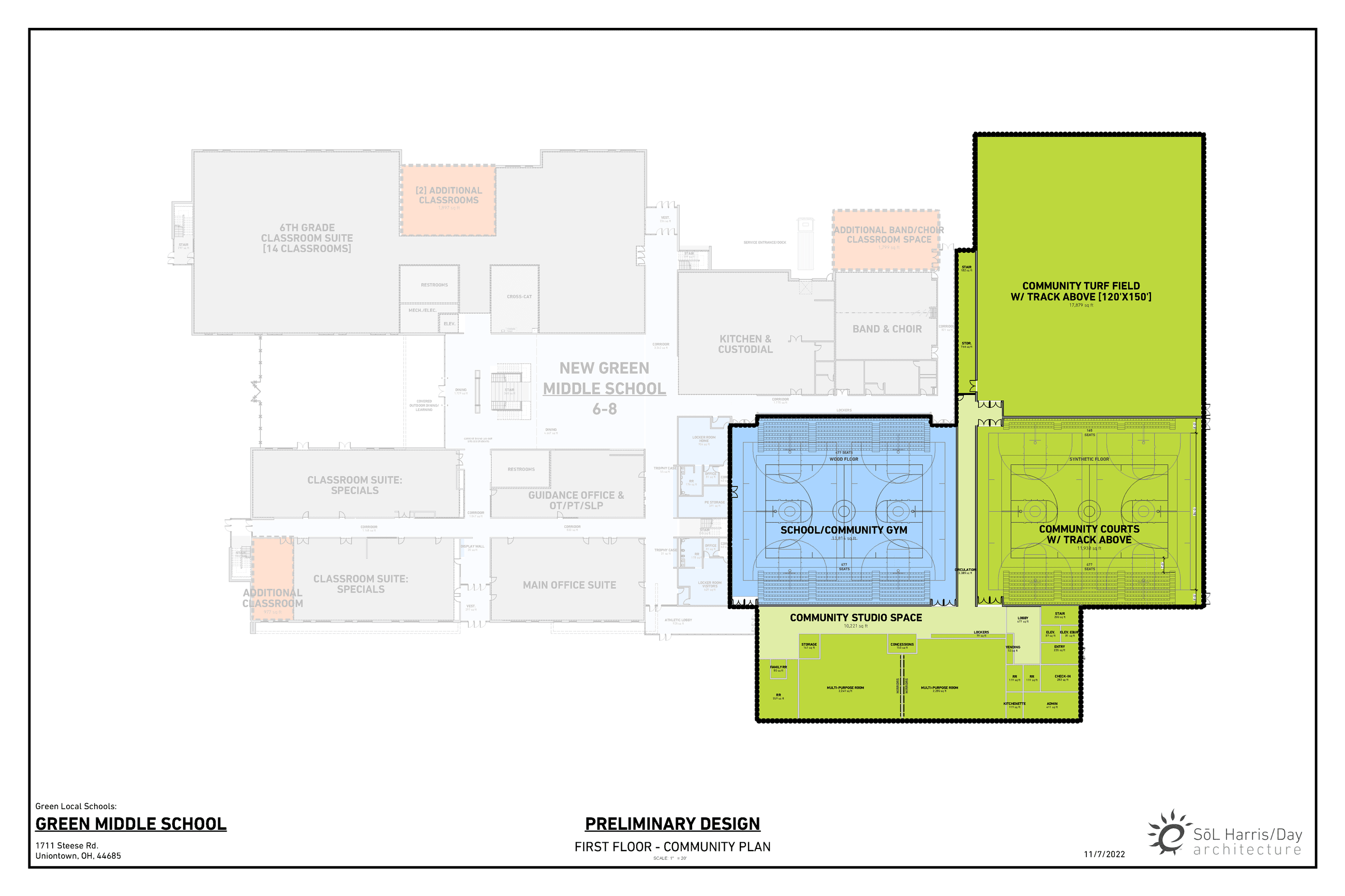 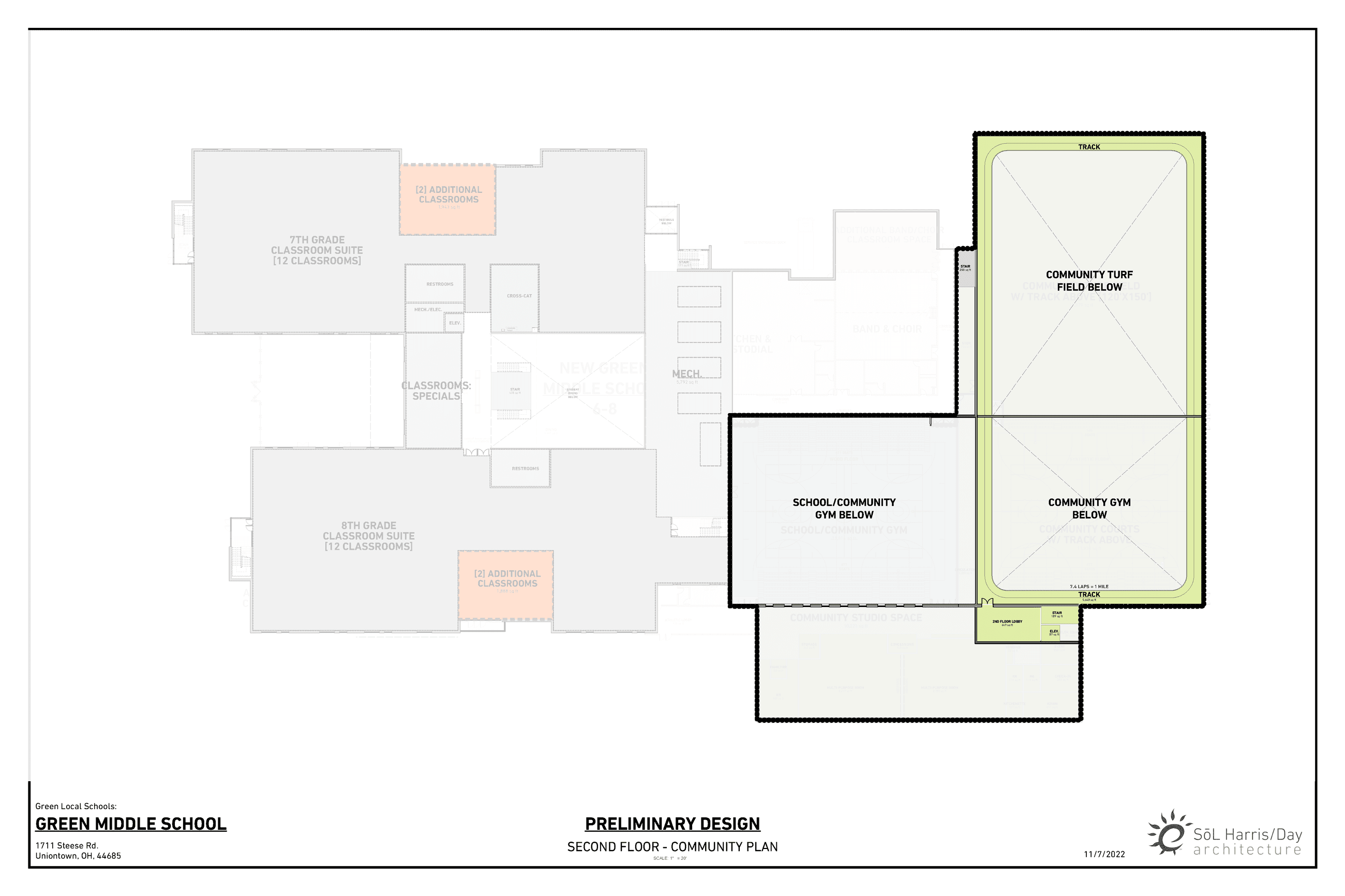 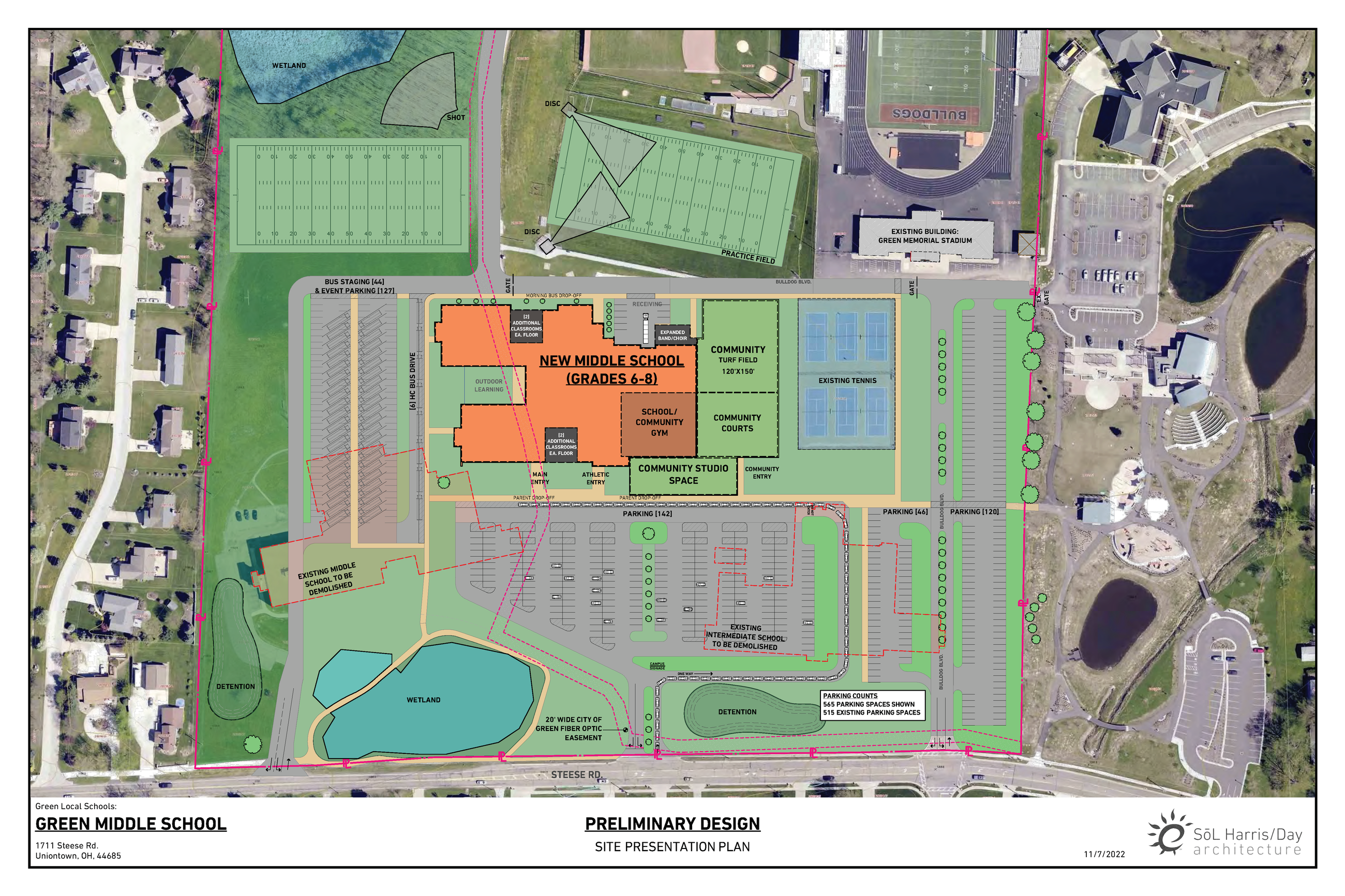 The proposed facility will be built by the City on Green Local School property in concert with the new school facilities plan.

Mayor Gerard Neugebauer initially discussed his vision for the Green Community Courts at his State of the City Address in January 2022. The Community Courts would combine physical activity space for the new Green Middle School with open public space: providing indoor walking tracks and multi-purpose courts and rooms designed to promote an active lifestyle for our youth, adult and senior populations.

This collaboration between Green Local Schools and the City of Green is a key element of the new school facilities plan that will allow the schools to prioritize levy funds for classroom and instructional space, while city resources are used to create the active space needed in the community.

The city will build the Community Courts by exploring the use of a combination of funds from the General Fund and the City’s Parks and Recreation Capital Fund, which by city charter receives 7% of the city’s income tax revenues, approximately $2 million annually.

According to an evaluation conducted by the Ohio Facilities Construction Committee (OFCC), three of Green Local School's five school buildings are in need of expensive repairs that are not financially viable. Although the district has done all it can to maintain these properties, it is no longer cost effective to do so. The State of Ohio has committed to paying up to 25% of the cost to construct the new school buildings. In May 2022, voters approved a 3.11 mil levy for the construction of a new Green Middle School and Elementary school.

As the Schools moved forward with their facility plans, the schools have compressed the construction timeline to begin in the summer of 2023.  This new timeline is based on being able to construct both new facilities at the same time as opposed to phases. This benefits the community in a number of ways including cost saving and reducing the need to displace students during construction. What this means for the City is that the original plan to construct the community courts project in 2025 is also moved up to this compressed timeline.  By constructing the facility at the same time as the Green Middle School, the community saves an estimated $4 million compared to constructing the facilities at separate times.

• On November 8, legislation to hire an architect to complete design drawings will be presented to Green City Council. This legislation will go through three readings and is anticipated to be voted on December 13, 2022. All council meetings are open to the public.

• On November 10, the City and Schools are hosting a public meeting to discuss the layout and features of the Community Courts Project. The meeting is open to all at 7 p.m. in City Council Chambers. The meeting will also be live streamed at www.cityofgreen.org/videos and on the City's YouTube Channel.

View All
/QuickLinks.aspx
View All
/FAQ.aspx